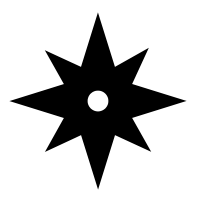 The vagus nerve is commonly called ‘the wanderer’. It’s the longest nerve in the body, running the length of the spine, with spindles radiating all the way from the brainstem to the stomach. The vagus nerve is responsible for fight, flight and freeze responses, and enables social connection.

Why Does the Vagus Nerve Matter?

The vagus nerve plays a pivotal role in human existence. Stimulating physiological state,  psychological affect, and behavioural response, the vagus is a key component of the human feedback system.

What Does the Vagus Nerve Do?

By transmitting bi-directional feedback throughout the body (feedback to the brain and from the brain), the vagus nerve plays an important role in connecting physiological sensation and emotional affect in a dynamic feedback loop.

The vagus nerve also regulates organ function, including digestion, heart rate, and respiration. As a result, it influences reflexes, including coughing, sneezing, swallowing, and vomiting.

What Has the Vagus Nerve Done for Me Lately?

The vagus nerve plays a key role in your survival. 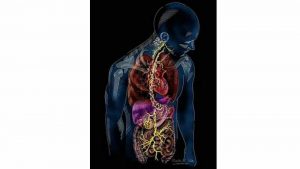 That means signals from the body get to the brain really quickly. It also means that signals to the body arrive a little more slowly.

How Quickly Does the Vagus Nerve Respond?

Think back to the last time that you burned your hand while taking something out of the oven. You likely responded really quickly, releasing the hot item to relieve your burning skin.

Now, think back to the last time you felt irritated when someone was running late. Do you remember the physical sensation associated with that memory? Chances are, you didn’t feel the sensation (it would likely appear as stress) until long after the event ended. It takes that much longer for the body to get a message from the brain.

That’s not to say one communication is more important than the other; it may require more attention and intention to learn about  the messages the brain sends to the body.

The State of the Vagus Shapes Our Life Story

The lead researcher responsible for investigating the function and effects of the vagus nerve, Dr Stephen Porges, revolutionized our understanding of autonomic physiology. In 1994, Dr Porges first presented a theory of Mammalian orienting in a defensive world. He called this the Polyvagal Theory.

This theory posited that the vagus nerve contributed to sensations of safety and danger as physiological states.

In fact, there was a very clear hierarchy that applied to physiological states. The nervous system developed from bottom to top, starting at the base of the spine and growing up to the skull.

This hierarchy also creates pathways of response in our nervous systems. These pathways, in turn, shape attention, emotion, communication and motion. 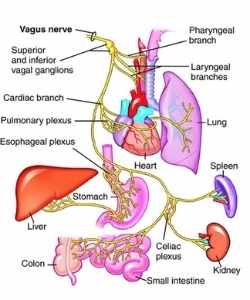 That’s a novel take: to address the sensation before we tell a story about what’s happening.

It’s important to note that all human nervous systems function in the same way; they honour the hierarchy and pathways in the same way. It’s the interpretation and perception of those states that shape the stories we tell about our lives.

None of this is cognitive. It’s based on a physiological system that evolved over roughly 500 million years. The pathways developed like this:

Together, these three distinct regions of the Autonomic Nervous System (ANS) developed pathways “in service of survival”.

The autonomic nervous system is continuously evaluating risk in the environment, making judgments, and setting up priorities for survival. It always honours a hierarchy response, which follows this map:

We move through this nervous system hierarchy based on response to our surroundings and to experience. All the sensations and messages required to move are provided by the vagus nerve.

Remember: these strategies are not conscious; they are mediated by the vagal system and the vagus nerve. Whether we mobilize into fight/flight or immobilize into shutdown is a biological response! 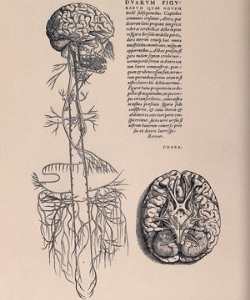 The Vagus Nerve: A Welcomed Wanderer

The meandering path of the vagal nerve facilities the depth of human experience – and cues of danger and safety – that shape our existence. The vagus nerve provides the messages that unconsciously keep us alive, allow us to communicate, and to experience emotion.

The vagus nerve is a key component of the polyvagal theory: the science of feeling safe enough to fall in love with life and take the risks of living.